Finding hope in the journey

No Widgets found in the Sidebar Alt!

No Widgets found in the Sidebar Alt!

I’ve been thinking and planning this post for a few weeks now. It was initially going to be called “Paper Pregnant & Wondering”. And that’s because that is where we were in the process. We were paper pregnant – all our paperwork was in. We were literally just waiting for the call from our Social Worker. And I was really wondering. How old would our baby be? Would we be welcoming little Hope, or little Noah, into our family? Would our Little One have dimples, and rolls for days? Would our Little One be small for their age; big for their age; or just the right size for their age? Would they love their sleep, or fight it? Will they have allergies to our pets? How will they handle crowds of people? Will they cope coming to church on a Sunday, with the music and all the people? I wondered and wondered and wondered… 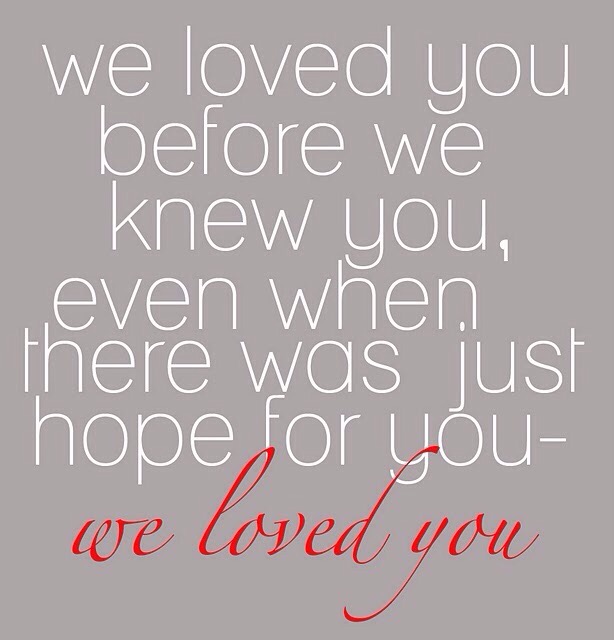 Past tense. Sort of. While I still wonder about some of these things, there are a few facts that I no longer wonder about! On Friday, 18 September, we got THE call!!!!! It was 10:30am. I had just returned to work, after running to the shops. I had eggs under my arms, flowers in my hands, keys hooked on my fingers and hanging around my neck, and my phone rang. I didn’t recognize the number. There was a split second where I thought maybe. Just maybe. But I then thought it was a different number. I thought it was the optometrist, saying my new glasses were ready to be collected.

When I heard our Social Worker’s voice, my mind went blank, and I became all official and serious. I was in such shock that she was on the phone, I didn’t know how else to be! I sounded like the most unexcited, unenthusiastic mom to be. And all I remember from the phone call is that they have a 6.5 month old baby boy, and they wanted us to meet him. We arranged the date and time, and that’s all I remember. I’m pretty sure she told me some more information about him. I can’t remember though! But that’s ok! We can find out the rest in just a few more sleeps, when we go MEET our baby!!!!

As soon as I hung up the phone, I started freaking out, and had to call Jason immediately! And the tears were flowing! Jason answered his phone, and I told him our Social Worker had called. He didn’t believe me! He thought I was playing a prank on him! After having to reassure him profusely, between tears and everything, he went into shock – he was days away from becoming a dad! Phoning my mom, to let her know, brought on a fresh batch of tears and emotion! And once again, there was a new wave of emotions and tears, when I spoke to my mom-in-law on the phone too! I could not contain my emotions!

It was such a surreal feeling. We had received the call. It had happened. We could put a gender, age and chosen name to a baby. And in a few days time, we get to put a precious face to the gender, age and name! We cannot wait! And are counting the sleeps until that moment! We are blown away by God’s perfect timing – everything has fallen into place perfectly!
*All photos taken from Pinterest*

Only, just a dream…

This site uses Akismet to reduce spam. Learn how your comment data is processed.